Glen Lyon heads out to the Atlantic 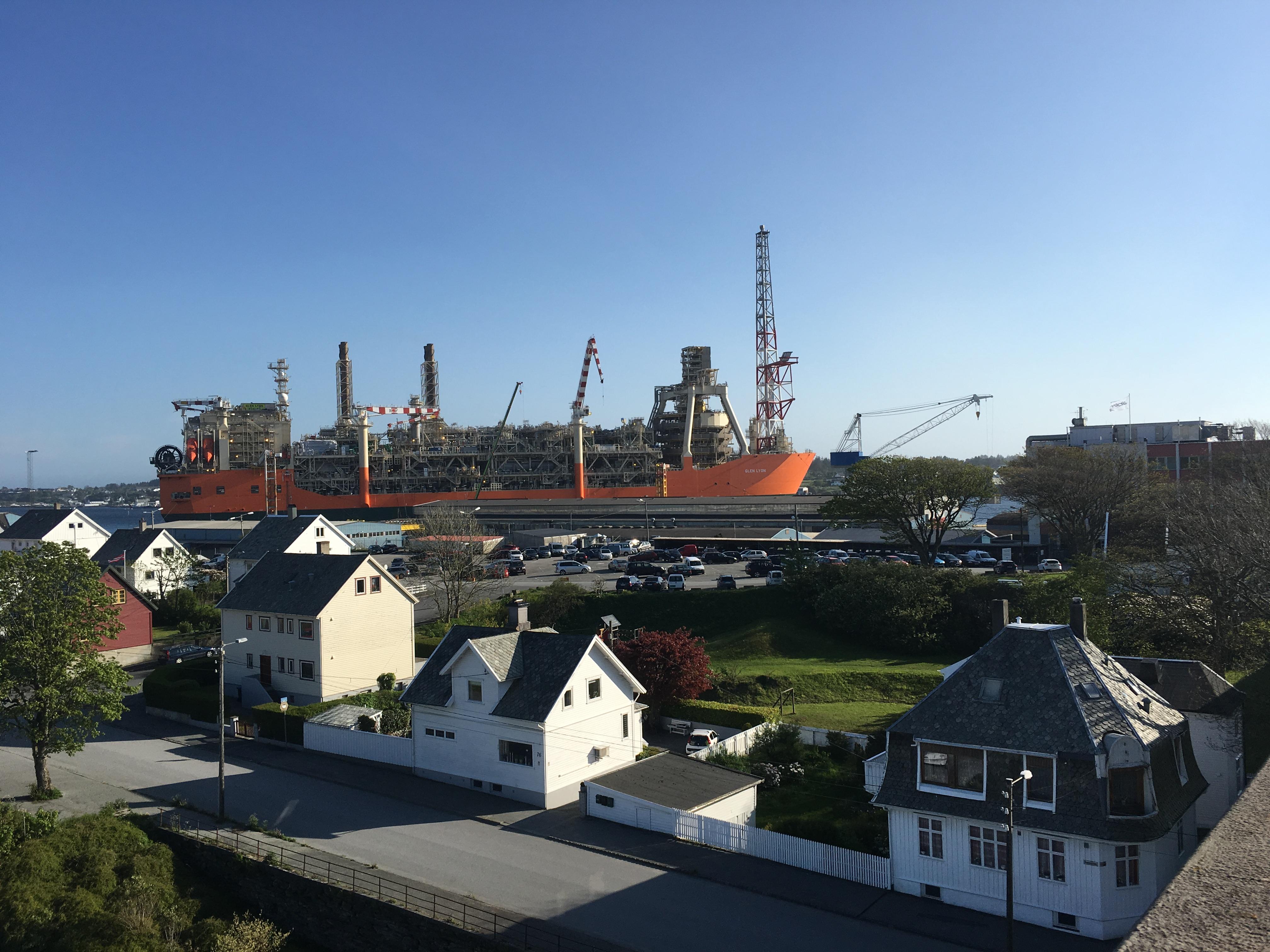 Glen Lyon FPSO has set sail and will soon anchor in the deep waters of the Atlantic, west of Shetland.

Over the next two decades it is expected to produce 400 million barrels of oil.

The vessel is packed with technology to make production cheaper and with the oil price low. The top half of the huge Floating Production, Storage and Offloading facility (FPSO), looks like a traditional platform with mile after mile of pipes, a giant stack where the flare will burn and of course a helideck.

The ship was towed from South Korea by three ocean-going tug before arriving in the Norwegian port of Haugesund, to go through final checks.

Over the 2 month project StS supplied 32 climbers who helped to install cables, rigging, worked alongside divers in the moon pool, fitted lighting on the flare stack.

The first barrel is expected to flow through Glen Lyon at the end of this year, with production predicted to continue until 2035.